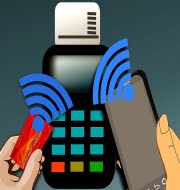 President Pranab Mukherjee has given assent to Payment of Wages (Amendment) Ordinance, 2016, to enable industries to pay wages by cheque or credit into the bank accounts of workers.
The ordinance amends the Payment of Wages Act, 1936 to encourage cashless transactions. With this assent the ordinance becomes law as per article 123 of the Constitution.

The Union Government had decided to take the ordinance route because after demonetisation of the Rs. 500 and Rs. 1,000 banknotes in November 2016 had led to a cash crunch, and employers were finding it tough to pay workers in cash. The Payment of Wages (Amendment) Bill, 2016, introduced in Parliament was also not able get passed during winter session of the Parliament.
Article 123 of Constitution: It gives legislative power to President. He can issue ordinances when Parliament is not in session (i.e. recess) if there is urgent need to have a law on some urgent public matter. The promulgated ordinance has similar effect to an act of parliament. However, every ordinance must be laid and approved by both houses of the parliament within 6 weeks from the reassembling. If not placed and approved by both houses of the parliament after reassembling it lapses or becomes invalid.