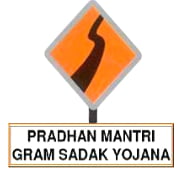 Under the Pradhan Mantri Gram Sadak Yojana, the Coir Geo Textiles are to be used in rural road development. This is to be done by the National Rural Infrastructure Development Agency.

They are made of coir and last up to 3 to 5 years. The coir geotextiles degrades into humus. This enriches the soil.

Geo Textiles are permeable fabrics that have the ability to filter, separate, reinforce, drain and protect. They are made from polypropylene.

Their main applications are in the civil engineering industry. They are used in airfields, embankments, reservoirs, canals, dams, silt fences, etc. They have widened uses in erosion control, especially in hill slopes.

The Phase III of Pradhan Mantri Gram Sadak Yojana was launched in December 2019. It focuses on consolidation of 1,25,000 km of routes. It mainly includes major rural links. The aim is to connect the Gramin Agricultural markets, hospitals and higher secondary schools.