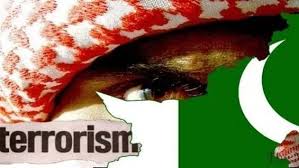 During an interactive session at the Raisina Dialogue 2020, on Thursday 16th January 2020 the United Kingdom (UK) foreign and commonwealth office director for South Asia, Gareth Bayley on the context of Pakistan being on the edge of being blacklisted by the Financial Action Task Force (FAFT) said that Islamabad should do more by taking ‘non-reversible’ actions against terrorism as terror groups are active in Pakistan for over the last few decades. He also stated that it has been clear that terrorist groups have been operating from Pakistan, its government must take action as it not only pose as a serious challenge for the people of Pakistan but also for the overall global peace and stability of the South Asian region. FAFT has warned Pakistan of being blacklisted multiple times over the last one year as the Pakistan Government failed to comply on 22 out of the total 27 points related to counter-terrorism and anti-money laundering.