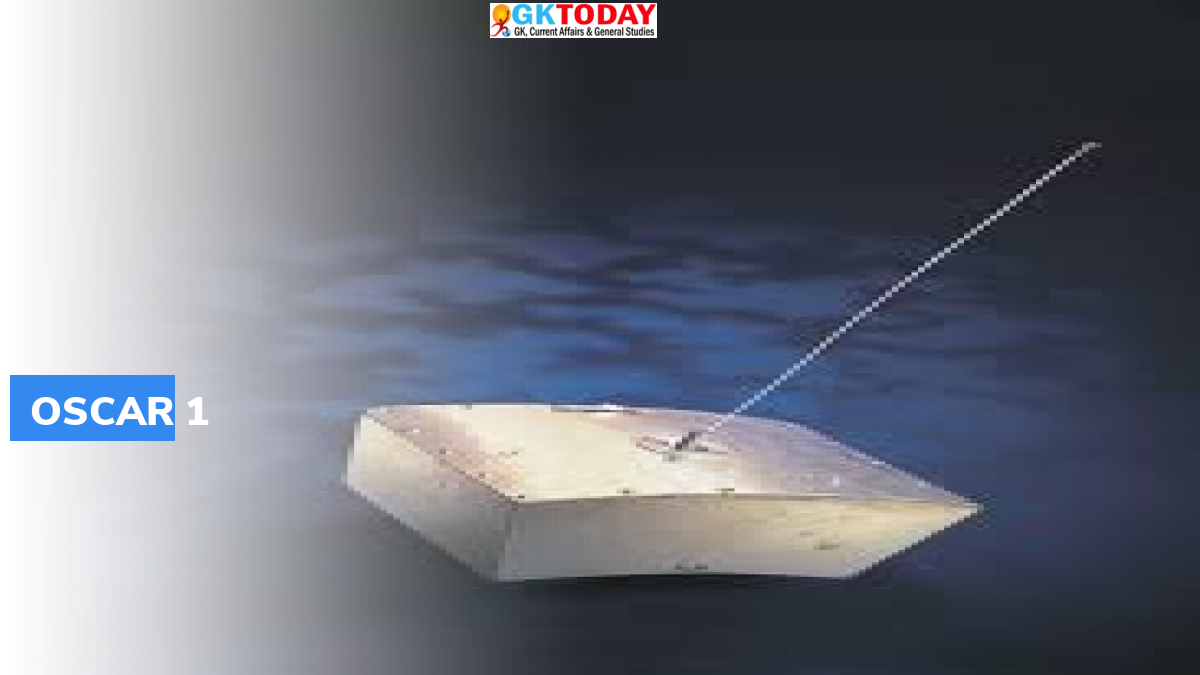 Features of the satellite

OSCAR 1 satellite comprises of a battery-powered 140 MW transmitter, that operate in the 2-meter band. It employed a monopole transmitting antenna, which was 60 cm long and extended from centre of the convex surface.

The idea to launch an amateur radio satellite was put forward within the months of Explorer 1’s launch. It was formed by a group of radio amateurs. Under this project, OSCAR 1 was built in the garages and basements of the members forming group.  OSCAR 1 was gold-plated and comprised of black metallic strips across the casing for regulating internal temperature.