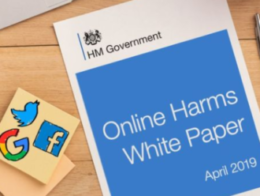 The UK Department of Digital, Culture, Media and Sport in association with Home Office have released the Online Harms White Paper.

The White paper sets out a programme of action to tackle content or activity that harms individual users, particularly children, or threatens our way of life in the UK, either by undermining national security or by undermining our shared rights, responsibilities and opportunities to foster integration. Public consultation has been called on for the white paper.

Suggestions Made in the White Paper

The white paper covers  a range of issues that are clearly defined in law such as spreading terrorist content, child sex abuse, so-called revenge pornography, hate crimes, harassment and the sale of illegal goods together with harmful behaviour that has a less clear legal definition such as cyber-bullying, trolling and the spread of fake news and disinformation.