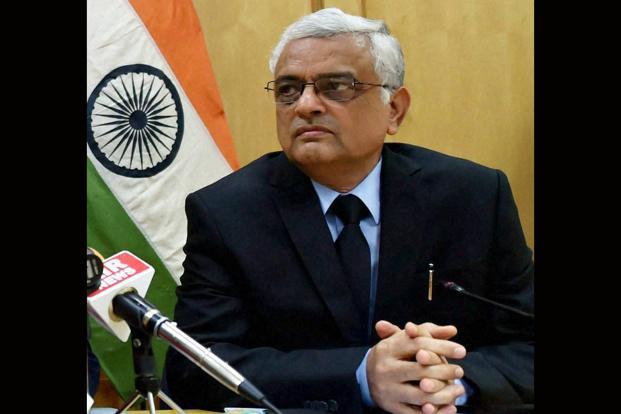 Om Prakash Rawat is 1977-batch IAS officer from Madhya Pradesh cadre. He was appointed to Election Commission in August 2015. He has held several important portfolios at Centre and state level during his long bureaucratic career.
Prior to his appointment as Election Commissioner, he had had retired as Secretary, Ministry of Heavy Industries and public enterprises. He had earlier also served as director in defence ministry in 1993. During this tenure, he was deputed to South Africa in May, 1994, as UN election observer to oversee first post-apartheid elections.
He has also served as principal secretary to Babu Lal Gaur, the then Chief Minister of Madhya Pradesh from 2004 to 2006. He received Prime Minister’s award for excellence in Public Administration for his initiative “recognition of forest rights in 2010.