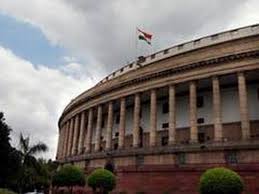 This is for the first time an international parliamentary conference is being organized in virtual mode.

The second part of the conference is scheduled to be held next year in Vienna, Austria which is expected to be a physical mode of meeting.

What is the theme of 5WCSP?

The theme of the conference is `Parliamentary leadership for more effective multilateralism that delivers peace and sustainable development for the people and planet’.

The Speaker is going to deliver his speech on the context of ‘Improving governance by bridging the gap between Parliaments and the People’.

What is the function of the Inter-Parliamentary Union?

The Inter-Parliamentary Union was established in 1889, which acts as a permanent forum for political multilateral negotiations. The Parliaments of 178 countries are the members of the Union. The union has permanent observer status at the United Nations General Assembly.