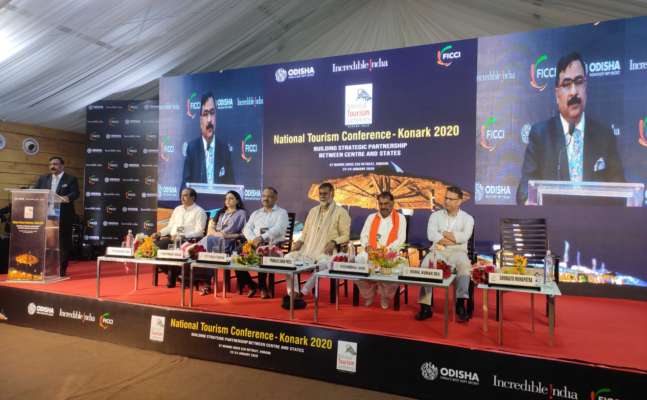 On 23rd and 24th January 2020, National Tourism Conference was held in an auditorium at the Marine Drive-Eco Retreat designed at Konark, a medium town in the Puri district in the state of Odisha which was jointly organized by the State Government of Odisha and the Federation of Indian Chambers of Commerce and Industry (FICCI).

The Minister of State for Tourism and Culture (Independent-Charge) under the Government of India, Prahlad Singh Patel attended the conference and announced that the Ministry of Tourism would fund the travel expenditure of the tourists who will visit 15 places in the country in a year out of his/her own state and the tourists who will complete the task within a year will be rewarded by the Ministry of Tourism. On the sidelines of the two-day-long National conference, For cross-promotion of tourist sites, a Memorandum of Intent (MoI) has been signed between the Government of Odisha and Government of Gujarat.