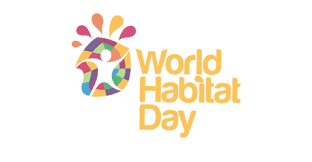 World Habitat Day was observed on October 4, 2021. This day is an initiative of United Nations.

The World Habitat Day this year was observed under the theme “Accelerating urban action for a carbon-free world”.

The United Nations Human Settlements Programme, in the year 1989, had introduced the UN-Habitat Scroll of Honour Award in a bid to encourage countries in finding a solution for habitat problems.