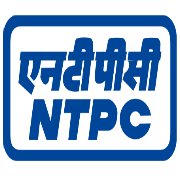 National Thermal Power Corporation (NTPC) Limited has inked an agreement with Jharkhand Bijli Vitran Nigam Limited (JBVNL) to form a joint venture (JV) company for Patratu Power Plant.
The agreement will help optimise utilisation of improve performance, assets and expand capacity of Patratu Thermal Power Station located in Ramgarh district of Jharkhand.
The JV company will have 74 per cent share or stake of state-run NTPC while JBVNL will have the rest 26 per cent stake.
Implications of this JV company: It will work to improve the performance of the existing power stations in Jharkhand in order to gradually provide more power to the state.
It will also help Jharkhand to meet its ambitious target of providing adequate power to farmers and power round-the-clock to households in the state. It will thus play important role in enabling rapid industrialisation in the state in turn providing massive employment to youth of Jharkhand.
It should be noted that NTCP is India’s largest power producer and coal consumer.