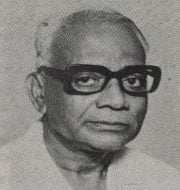 Distinguished agricultural scientist Dr. Neelamraju Ganga Prasada Rao passed away in Hyderabad, Telangana following a brief illness. He was 89.
He is famously known as “Father of Hybrid Sorghum”. He is also famous for his basic and applied research in breeding and agronomy of several dryland crops.