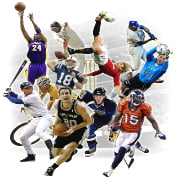 Haryana emerged champion beating Kerala at the National Youth Athletics Meet. Kerala was at the top place for the last five years. Haryana emerged champions with 166.5 points. Kerala has finished as the runners-up. However, Kerala managed to retain the team crown for girls while Haryana boys topped and won the boys’ title.
At the meet, Rohit Yadav improved his personal best in javelin throw and has a set a new meet record. Pole vaulter Nivya Antony of Kerala equaled her national youth record set at Coimbatore during the junior nationals.
The National youth athletics championships were held at the GMC Balayogi Athletics Stadium, Gachibowli, from April 21 to 23. The meet saw the participation of about 505 athletes.
The National youth athletics meet assumes importance as it was a selection meet for selecting Indian teams to participate in the Asian Championships in May in Bangkok and the World Youth Championships in Nairobi in July. The Athletics Federation of India (AFI) had requested the Director, Anti Doping Agency to depute technical delegates and officials for the conduct of the meet and to prevent misuse of banned substances.