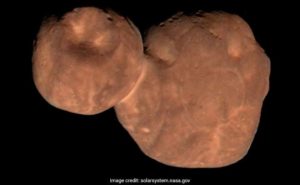 NASA has found evidence of a unique mixture of water ice, methanol, and organic molecules on Ultima Thule’s surface. This mixture is very different from most icy objects explored previously by spacecraft till date.