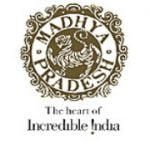 The Madhya Pradesh Tourism (MPT) won the Lonely Planet Group’s Best Indian Destination for Wildlife Award.
The award was handed over to MPT at a function in Mumbai by actress Amy Jackson. On behalf of MPT Chairman, the award was received by his Officer on Special Duty (OSD) Vinod Kumar Amar.
Madhya Pradesh located in Central India has 25 wild life sanctuaries including 9 National Parks. Among them Bandhavgarh, Kanha and Pench are ideal habitat for tigers.
State Government has launched numerous programmes for the conservation of flora and fauna because of which Pench and Kanha were regarded as the most beautiful national parks in Asia. While Pench  and Bandhavgarh also are known all  over the world because of tiger reserves.
It should be noted that Lonely Planet is world’s largest travel guide book publisher owned by the American billionaire Brad Kelley’s NC2 Media since 2013.