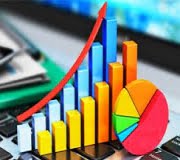 The urban unemployment rate fell to the lowest in the last 4 quarters. It was 9.3% between January and March, 2019 (2nd Quarter, Q2). In 2018, during the same quarter, the unemployment rate was 9.9%. The report was published by the Ministry of Statistics

Highlights of the report (for Q2)

According to the report the joblessness among the youth between 15 years and 29 years account to over a third of India’s population. The Labor Force Participation Rate (LFPR) among males is estimated to be 56.2% in urban area. It was 56% in April-June, 2018.

The Unemployment rate among males was 8.7% and among females were 11.6%.

The US President Donald Trump recently signed the 900 billion USD relief package that will help in G...

The world economic forum recently released the third edition of the future of jobs report 2020. Acco...

On September 30, 2020, the Minister of Social Justice and Empowerment Minister Thaawarchand Gehlot l...

In a recent notification, the Employees’ State Insurance Corporation declared to relax their norms...

ILO-ADB report: concern expressed on job loss of 41 lakh youth in India amid the Covid-19 pandemic

The joint report of the International Labour Organization and the Asian Development Bank titled R...