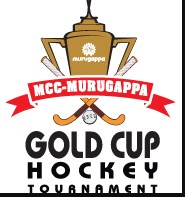 IOC, the defending champion of the season, after a goalless first quarter managed to

open its account in 23rd minute when Gurjinder Singh beat rival goalkeeper from a penalty corner.

Later in the 59th minute of the tournamnet Veteran Deepak Thakur scored the final goal of the game.

It is the 2nd oldest hockey tournament in country after Beighton Cup in Kolkata.

As the domestic tournament is in its 93rd edition it showcases a rich legacy as it has been a breeding ground for some of Indian hockey’s most celebrated stars.

The 93rd All India MCC-Murugappa Gold Cup Hockey tournament was held from 29 August to 8 September at Mayor Radhakrishnan Stadium in Egmore, Chennai.

Participants: A total of 10 teams participated in tournament, pooled across 2 groups of 5 teams each. Defending champions of tournament was Indian Oil Corporation. Indian Air Force (IAF) team is participating for 1st time in the tournament while teams from Indian Army and Navy (who are regulars to tournament), are also taking part. So, for first time, hockey teams from all 3 forces are participating.

Prize Money: Winner of tournament received Rs.6 lakhs while runners up get Rs.3.5 lakhs. Cash prize of Rs.10,000 were given along with a high-end bicycle each to best forward, best midfielder, best goalkeeper, the most promising player of tournament and man of the match of finals.

According to a new report published by Purely Diamonds, Delhi and Chennai are the cheapest cities in...

Mumbai: 60th most Expensive in the world

According to the Mercer’s 2020 Cost of Living Survey, Mumbai is the 60th most expensive city in th...

The Gollapudi Srinivas National Award 2019 is to be presented jointly to two debutant film-makers fo...