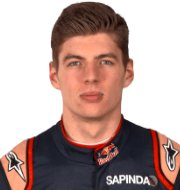 Red Bull F1 driver Max Verstappen (18) from Netherlands created history by becoming Formula One’s youngest race winner.
He achieved this feat after winning the 2016 Spanish Grand Prix, which was his debut race for Red Bull at the age of 18.
He was able to win the Spanish Grand Prix by maintaining lead position after Mercedes teammates Lewis Hamilton and Nico Roseberg crashed into each other in the 1st lap of race.