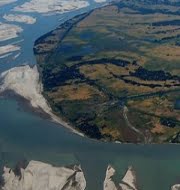 The Guinness World Records has officially designation Assam’s Majuli as the largest river island in the world. It is situated in the Brahmaputra River.
The river island covering an area of around 880 sqkm has toppled previous record held by Brazil’s Marajo island in the Amazon river.