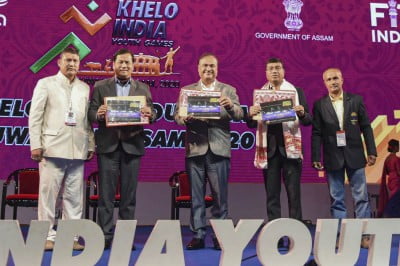 The Team of Maharashtra dominated the Khelo India Youth Games by clinching the overall trophy for the second time with a huge haul of 256 medals, including 78 gold and 77 silver. Maharashtra improves upon its last year’s performance when it topped the table with 228 medals. The trophy was presented to Maharashtra by the Chief Minister of Assam, Sarbananda Sonowal in the presence of Union Minister of Youth Affairs & Sports, Kiren Rijiju during the closing ceremony.

The second place was bagged by the state of Haryana with 200 medals followed by Delhi with 122 medals. The 13 day long Khelo India Youth games has been organised in Assam’s capital city Guwahati from 10th January to 22nd January. Newly formed union territory Ladakh made their debut in this years edition in which Fahana Eliyas become the first from Ladakh to secure a Bronze medal in the U-21 women’s 69 Kg category. A total of 33 contingents have managed to secure a medal this year.