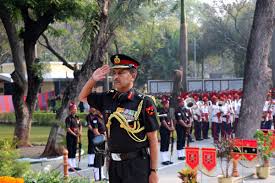 He was commissioned into the Jat Regiment of the Indian Army in 1981 and is an alumnus of Sainik School of Kapurthala (Punjab), National Defence Academy (Pune) and the Indian Military School (Dehradun). In his military career spanning 39 years, Saini has held several crucial staff designations and international deputations including serving as the Deputy Chief Military Personnel Officer during the Iraq-Kuwait United Nations Missions etc. The appointment was made and announced by the newly constituted Department of Military Affairs headed by Chief of Defence Staff (CDS) General Bipin Rawat.