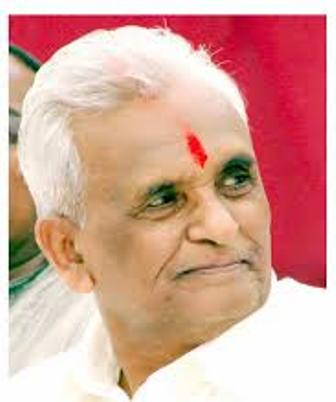 Veteran legislator Ganpatrao Deshmukh won the legislative assembly elections for the 11th time. This makes him the longest serving MLA in India.

88 year old Deshmukh won from Sangola in Solapur district, which he has represented for 54 years. In 2009, Deshmukh became the second legislator in India after M.Karunanidhi to have won 10 elections.
Deshmukh belongs to the Peasants and Workers Party (PWP). He has been a Minister twice, but has spent most of his time being part of the Opposition.  He was first elected as a MLA in 1962, and since then has won every election except for the 1972 and 1995 elections.
In 2012, he completed 50 years in the assembly, for which he was felicitated by the Assembly and the Government.

The 2014 legislative assembly election was Deshmukh’s 13th assembly election. He defeated Shiv Sena’s Shahajibapu Patil by 25,224 votes. Deshmukh garnered 94,374 votes to Patil’s 69,150. The NCP chose not to field a candidate against Deshmukh.