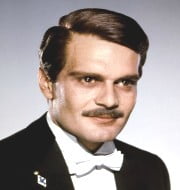 Legendary Egyptian actor Omar Sharif passed away due to a heart attack in Cairo. He was 83.
He was best known for his roles in classic films Lawrence of Arabia (1962) and Doctor Zhivago (1965). These movies had soared him international stardom.