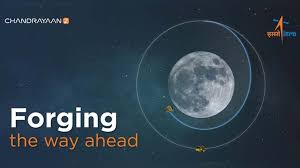 In a major success for the Indian Space Research Organization, the lander Vikram successfully detached itself the orbital module of the Chandrayaan -2 spacecraft. The lander will now make a four day journey to moon’s surface.

Who was Vikram Sarabhai, the namesake of the Lunar Rover?

Vikram Sarabhai was a world-renowned polymath with special interests in science, physics and astronomy. While he is famous for several things like setting up the Indian Institute of Management, Ahmedabad and the guided several nuclear projects in their conception stage, he is most famous for his role as the founder of the Indian Space Research Organization (ISRO).

For his accomplishments, the Indian Government honored him with the Padma Bhushan and the Padma Vibhushan.