Kuwait might force 8 lakh Indians to leave the country 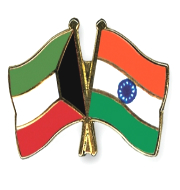 The Kuwait Government has decided to halve the expatriate population due to the slump in oil process and COVID-19 crisis.

The Kuwait National Assembly recently approved a draft bill according to which population of Indians in Kuwait should not exceed 15% of the total population of the country. This could force 8 lakh Indians to leave the country.

According to the United Nations at least 6,50,00 expatriates in Kuwait are from India, Philippines, Bangladesh and Sri Lanka. They are employed as domestic workers in the country.

Saudi Arabia in the Gulf region hosts second-largest migrants in the world.