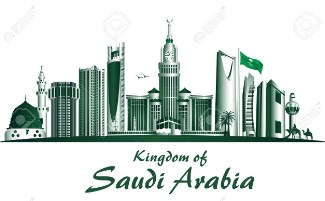 The kingdom of Saudi Arabia will offer tourist visas for the first time as part of a push to diversify its economy away from oil. The move to open up the ultra-conservative kingdom to holidaymakers comes just two weeks after devastating attacks on Saudi Arabia’s oil infrastructure, which has roiled global energy markets.

Kickstarting tourism in the kingdom is one of the centrepieces of Crown Prince Mohammed bin Salman’s Vision 2030 reform programme so as to prepare the biggest Arab economy for a post-oil era.

Initially, Saudi Arabia will open applications for online tourist visas to citizens of 49 countries. The kingdom will also ease its strict dress code for foreign women, thereby allowing them to go without body-shrouding abaya robe that is still mandatory public wear for Saudi women.

However, the kingdom, which forbids alcohol and has a strict social code, is seen by many as a hard sell for tourists.

In kingdom Visas are restricted to expat workers, their dependents and Muslim pilgrims travelling to holy sites in Mecca and Medina, however, in a bid to kickstart tourism Saudi Arabia began issuing visas to visitors for attending cultural and sporting events in 2018.

In 2017, the kingdom announced a multi-billion dollar project to turn 50 islands and other pristine sites on Red Sea into luxury resorts.

The kingdom is also developing historic sites like centuries-old Mada’in Saleh. This site is home to sandstone tombs of same civilisation which built Petra, the Jordanian city.