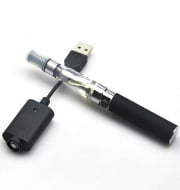 Kerala Government has banned ‘electronic cigarette’ alias ‘e-cigarette’ as its use can cause various health issues, including cancer and heart ailments.
In this regard, an order was issued that banned the production, sale and advertisement of e-cigarettes in the state.
With this, Kerala becomes fourth state in India to ban e-cigarette. Punjab was the first state to ban e-cigarettes in November 2014 under the provisions of Cigarettes and Other Tobacco Products Act (COTPA), 2003. It was followed by Maharashtra and Karnataka.
What are e-cigarettes?