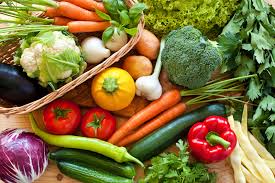 Kerala became the first Indian state to fix Minimum Support Price for sixteen agriculture items. It consists of vegetables, fruits and tubers. The scheme is to support farmers and increase agriculture sector.

Sixteen different varieties of vegetables will be covered in the first phase. There is also a condition to revise the MSP price on a regular basis. The Base Price will be 20% more than production cost of vegetables. It will function in the same way as the MSP system. Local self government bodies will correlate the procurement and circulation of vegetables.

How are the crops procured?

The crops will be procured from Farmers through Vegetable and Fruits Promotion Council Keralam and Horticrop. All yields procured under the scheme, will be sold under the brand name “Jeevani Kerala Farm Fresh Fruits and Vegetables”.

What is the plan of GoI in procuring Kharif crops?

There has been a record increase in the scope of kharif crops to 401 lakh hectares during  this year. A bumper foodgrains production is also expected this year. Farmers have worked hard during this pandemic period. The government has pledged to procure their crops at MSP rates. The government fixed MSP for 25 notified crops and out of them, 14 crops are grown in the kharif season.  Generally, procurement of kharif crops begins from October 1.

Even procurement target has been kept higher at 125 lakh bales for higher cotton production this year. Around Rs 35,000 crore has been allotted for buying 125 lakh bales of cotton at MSP. The other crops being procured under the MSP system are pulses and oil seeds.