Kelly Knight Craft is the new US ambassador to the UN 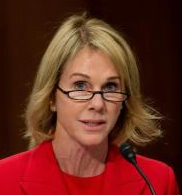 Functions of the US ambassador to the UN

Kelly Knight Craft who is currently serving as ambassador to Canada was the first woman to ever hold the post. Previously she had served as an alternate delegate to the UN during President George W Bush’s reign where her focuses included Africa.

The Ambassador of India to the United Nations recently announced that India has been asked to chair ...

The Iranian Parliament has recently passed a bill called the “Strategic Measures for the Remov...

The Defence Ministers of India and Vietnam recently discussed the collaboration in the defence indus...