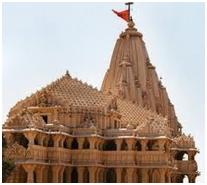 The famous temple, Hasanamba Temple, came into operation in the 12th century, during the period of Krishnappa Nayaka (Ruler of Nayakas of Gingee).

The Hasanamba Temple in Hassan opens once in a year, so people from all over come and perform their puja, since they believe that the Goddess Hasanamba will give them her blessings should they make a visit to see her and offer their prayers. A temple shrine with an ant-hill representing Hasanamba, the presiding deity, the Temple of Hasanamba is usually opened only once in a year for about a week, during the Ashwayuja month (October) when a big ‘Jatra'(fair) is held, marking and celebrating this occasion. The timings to see the Devi is from 7 in the morning till 1 in the afternoon and again from 3 in the afternoon till 10 at night. Hasanamba temple has been opened for devotees on October 21, 2011.