The Juvenile Justice (Care and Protection of Children) Act, 2015 comes into force 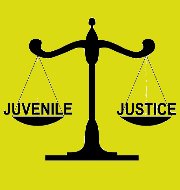 The Juvenile Justice (Care and Protection of Children) Act, 2015 came into force 15 January 2016.
In this regard, Union Ministry of Woman and Child Development has issued orders for enforceable of Act.
The Act had received President Pranab Mukherjee’s assent on December 31, 2015 after it was passed by the Parliament.
Key features of  Act