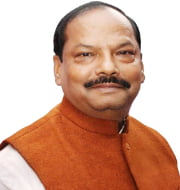 Jharkhand Government has launched Bhimrao Ambedkar Awas Yojana for widows to create equality and harmony in society, ensuring all round development enshrined in the Constitution.
It was launched by Chief Minister Raghubar Das on the occasion of 125th birth anniversary of Dr. B R Ambedkar.
Key facts