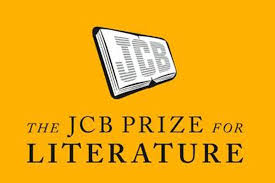 The 27-year-old, Madhuri Vijay has won the JCB Prize for Literature 2019 for her debut novel ‘The Far Field’. She has been selected from a shortlist featuring novels from five accomplished writers. She is also a recipient of Henfield Prize and the Pushcart Prize.

About JCB Prize for Literature

The award consists of cash prize of Rs.25 lakh (US$38400). The award is funded by English construction manufacturing group JCB, which established the JCB Literature Foundation to maintain this award.