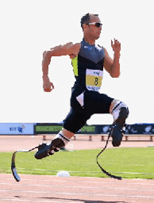 First phase of Chennai Metro service was inaugurated by Tamil Nadu Chief Minister J Jayalalithaa after she flagged off inaugural train.
The first phase of Metro service covers the 10-km overhead (elevated) stretch. It connects Alandur in south Chennai to Koyabedu in the north.
The metro service will bear capacity of 1276 passengers with four coaches. It will cover seven stations in the stretch. They are Koyambedu, Arumbakkam, Vadapalani, Chennai Mofussil Bus Terminus, Ashok Nagar, Ekkattuthangal.
The Corridor 2 or second phase of this metro connecting Chennai Central and St. Thomas Mount is will be ready by end 2015. The whole project is implemented by Chennai Metro Rail Limited (CMRL). It was approved by then Congress-led UPA government in 2009.
With launching of this Metro service, Chennai became seventh city in India to have metro service. Other 6 cities are Delhi, Mumbai, Gurgaon, Bangalore, Kolkata and Jaipur.