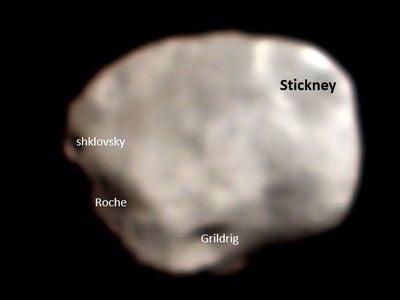 The Mars orbiter of the Indian Space Research Organization has captured images of Phobos, the biggest moon of Mars.

The mars orbiters of USA are Viking, Mariner9, Mars Global Surveyor, Mars Odyssey, MAVEN and Reconnaissance Orbiter. After the disintegration of USSR, Russia has not sent any satellites to Mars. However, the satellites sent by USSR are Mars and Phobos. The European Space Agency has sent ExoMars Trace Gas Orbiter, Mars Express.

The Phobos is made of carbonaceous chondrites. It is irregularly shaped and is the innermost and largest of the two satellites of moon. Also, due to its irregular surfaces, its Albedo is one of the least in the solar system. Albedo is the measure of solar radiation diffusion. Phobos does not have an atmosphere due to its low mass and gravity.

The PSLV rocket under the Mars Orbiter Mission, Mangalyaan lifted off in November 2013 and placed the orbiter in September 2014. India