Internet Saathi programme to be expanded to Punjab and Odisha 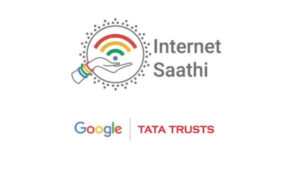 Google India and Tata Trusts are set to expand their ‘Internet Saathi’ digital literacy programme for rural women to villages in Punjab and Odisha. Currently, the programme has reach of 2.6 lakh villages across 18 states.

On adding Punjab and Odisha the programme will now extend its reach to 20 states in India.

In Punjab, program will cover around 5,000 villages, such as Paras Rampur, Burj, Kotli Than Singh, Vehra and from Hoshiarpur and Kapurthala districts.

In Odisha, program will cover over 16,000 villages. It has been kicked off from Sindhia in Baleshwar, Parakana in Puri, Bhuinpur in Kendrapara.

It is joint initiative of Google India and Tata Trusts.

It aims to facilitate digital literacy among women in rural India.

The programme was launched in July 2015 and was started as a pilot in Rajasthan.

Need: It is of vital importance that women in rural India are provided with adequate opportunities and knowledge for inclusive growth and societal progress.

Some of women trained under this initiative have started their own micro-business such as stitching, honeybee farming, and beauty parlours.

Many under programme are also driving awareness for issues like girl child education, menstrual hygiene and more within their communities.