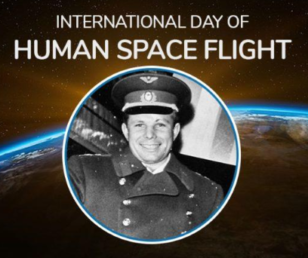 International Day of Human Space Flight 2019 was observed on April 12 to commemorate the date of the first human space flight in the history of mankind.

Genesis of the International Day of Human Space Flight

It was on April 12, 1961, Soviet Union (USSR) Cosmonaut  Yuri Gagarin undertook first successful first human space flight. This historic event opened the way for space exploration for the benefit of all humanity.

On April 7, 2011, the United Nations General Assembly (UNGA) passed a resolution and declared 12 April as the International Day of Human Space Flight for

In Russia and some other former USSR countries, this historic day is celebrated as Cosmonautics Day.