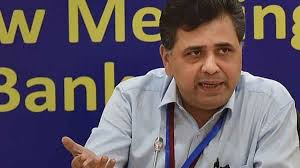 On July 6, 2020, the retired 1983 batch IAS officer from Odisha Cadre, Injeti Srinivas was appointed as the first chairman of the International Financial Service Centre Authority.

The retired diplomat has been appointed as the chairman for a period of three years. He retired from service as Secretary to Ministry of Corporate Affairs. The officer had played a leading role in pushing reforms in Insolvency and Bankruptcy Code and Companies Act. He was the head of the Insolvency Law Committee. Under his push, the home buyers were included as financial creditors under IBC for housing projects to make sure they had powers to make construction firms accountable.

The IFSCA was established by the Ministry of Finance on April 27, 2020. It was set up as a unified authority to regulate all the financial services of IFSCs in India. Also, the IFSCA will look after securities, deposits, contracts of insurance, etc. The headquarters of IFSCA is located at GIFT city in Gandhinagar, Gujarat.