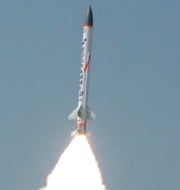 Indra Navy-18, a bilateral naval exercise, between India and Russia concluded on 16th December 2018. It was a 4-day maritime exercise that took place in the Bay of Bengal.
INDRA NAVY or India – Russia Navy Exercise is being conducted since 2003. The first edition of this exercise was conducted in May 2003 in India.

India and Russia are major defence partners and India is also a major importer of Russian defence equipments. Both the sides conduct regular exercises with each other. The last edition of  Indra Navy took place in 2016 in the Bay of Bengal. The main goal behind conducting of such bilateral military exercises is the strengthening of friendly relations between the armed forces of India and Russia.