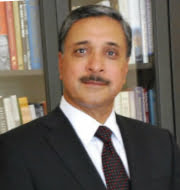 Noted Indian scholar and plant physiologist H Deep Saini (60) has been appointed as the fifth Vice Chancellor of the prestigious University of Canberra, Australia.
He will succeed Vice Chancellor Stephen Parker in September 2016 who will step down from the post in July 2016 after over nine years in the service.