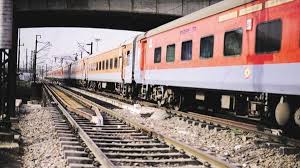 On July 2, 2020, the Indian Railways operated the longest freight train in the South East Central Railway Zone. The train was named “SeshNaag”.

SheshNaag had 251 wagons and was pulled by four electric locomotives. The locomotives were fitted in between the wagons. The train carried empty BOXN rakes. SheshNaag was 2.8 km long

Earlier Indian Railways operated “Super Anaconda”. It attached three rakes of freight trains together with a total of 177 loaded wagons. The Super Anaconda carried more than 15,000 tonnes of load.

With GoI implementing Atma Nirbhar Bharat, the Railways have played an important role in delivering the essentials to the public under the scheme. It had helped in transporting the free food grains that were provided in Pradhan Mantri Garib Kalayan Yojana.

Thus, such long freight trains will help save time and expenditure spent on transporting goods.

The Indian Railways recently achieved 100% punctuality of trains for the first time in its history. Currently Indian Railways is running 230 special trains and all these trains were on train in spite of COVID-19 checking and formalities that were newly added. The trains being run are less than 2% that are usually run.