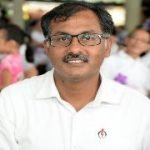 An Indian-origin lawyer Murali Pillai from Singapore’s ruling People’s Action Party (PAP) has been elected member of the parliament.
He got elected by garnering 61.21 per cent of the votes in the by-election held at suburban Bukit Batok constituency. His opponent Chee Soon Juan from Singapore Democratic Party got 38.79 per cent of votes.
With this victory, Mr Murali became the first PAP candidate to win a by-election in a single member constituency in more than three decades.
Background
The Bukit Batok single seat was vacated when previous PAP MP David Ong had resigned in March 2016. PAP is led by Prime Minister Lee Hsien Loong has absolute majority in the Parliament.
In the by election, total of 24,192 votes were cast in the by election including 622 rejected votes, which made up 94.03 per cent of the 25,727 registered electors.
About Murali Pillai