India wants to move TMT Project to a Different Site 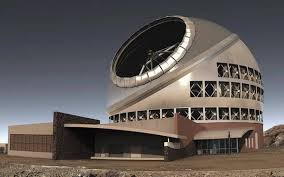 The Thirty-Meter Telescope (TMT) will become one of the world’s largest general-purpose observatories, once it is constructed. The proposed site for its location is over the Mauna Kea volcano in Hawaii islands, which is a sacred place for the island’s locals. Several protests are being witnessed demanding to shift the construction of the observatory to some other place.

India as a member of the project will get 10% of the available slots in a year once the project is completed as the level of contribution for the project will determine the amount of viewing time or slots to be available for the scientists of the country. India recently announced that it would like the project to move to an alternate and appropriate place. The USD 2 million telescope project which is a joint venture of five countries will allow astronomers to study distant stars and exoplanets and in further reaching outer of the Universe. The other members of the Joint venture group for the project apart from India are China, Canada, Japan, and the United States.