India to become free of Trans Fat by 2022 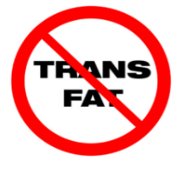 On October 16, 2020, the Union Health Minister Dr Harsh Vardhan announced that India has set a target of becoming trans-fat free by 2022. This target is year ahead of the target of World Health Organisation. The announcement was made when the Minister presided over an event organised by the food safety and Standards Authority of India to celebrate the World Food Day. The World Food Day is celebrated by the United Nations Food and Agriculture Organisation every year on October 16.

The Eat Right Movement of Food Safety and Standard Authority of India aims to promote safe and healthy food. This movement along with “Eat Right India” and “Fit India Movement” will act as a game changer in shifting India’s diet focus towards nutritious food. Also, the other schemes such as Jal Jeevan Mission and Swachh Bharat Abhiyan will improve the health of the Indian citizens.

Alongside the World Food Day celebrations, the Minister also launched the “Eat Smart City” challenge of FSSAI. The challenge is to be conducted in partnership with the Smart City mission. It aims to create right food habits in cities of India.

In 2003 Denmark became the first country to ban trans fats food. However, in India the trans fats prevalence remains at large in the food. In 2013 the transferred standard in the country were brought down to 10 % and 5 % in 2017.

Till date the Food Safety and Standards Authority of India does not have any data on complaints of these standards.

Trans fats are trans fatty acids. They are formed when the liquid oils are turned into solid fats. They are created by the process called hydrogenation. The trans fats in the food increases the risk of cardiovascular diseases. Hydrogenation is the process of adding molecular hydrogen to a substance.

The trans fats lead to more than five hundred thousand in the world full stop these steps are predominantly due to cardiovascular diseases caused by trans fats.

The FSSAI is committed in reducing the production of Trans fats to less than 2% by 2022.