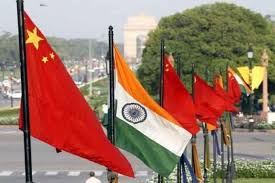 India has firmly rejected the claim of China to raise the issue of Kashmir at the United Nations Security Council. The government has reacted sharply to the demand of China and has asked it to stop interfering in the internal matters of the country.

China initiated a discussion at the UN Security Council on issues related to the Indian Union Territory of Jammu and Kashmir. This is not the first time that China has done this but like previous attempts by the country, this one also met with little support from the international community.

Recently, Pakistan has also published its political map in which it has shown parts of Jammu and Kashmir and Ladakh as its own and India has rejected that also. That political map of the country will be sanctioned by the parliament of Pakistan very soon. It is assumed that being an ally of Pakistan, China wants to exert pressure on India regarding this issue from the international community.

This area has been the bone of contention between India and Pakistan since 1948. Pakistan has also claimed some areas of Kashmir that came to be known as the Pakistan-occupied Kashmir later. However, it is now interested in getting the whole valley and that is why; has been putting continuous pressure on India. India has rejected its claims as baseless time and again.

The UNSC is mainly responsible for maintaining international peace and security and it is expected to act once the peace is threatened in the world. This has 15 members out of which 5 are permanent members and the remaining are elected on a rotation basis after every two years. The five permanent members at the UNSC are – China, France, Russia, UK and the USA.