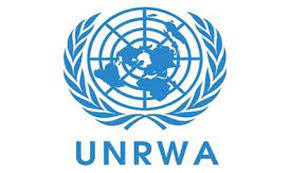 India has pledged to contribute $5 Million in 2019 to United Nation Palestine refugee agency. This move comes amid India voiced its concern over agency’s financial situation and called for ensuring sustained financial support for its work.

During UN General Assembly (UNGA) Ad Hoc Committee meeting for Voluntary Contributions to United Nations Relief and Works Agency for Palestine Refugees in the Near East (UNRWA) in June 2019, India notified that it has increased its annual financial contribution fourfold to UNRWA core budget from $1.25 Million in 2016 to $5 million in 2018 in solidarity with Palestine refugees.

Also in past 5 years under India-Palestine Development Partnership, several agreements have been signed in fields of IT, agriculture, healthcare, women’s empowerment, media, consular affairs and youth affairs.

It is a relief and human development agency that was established in 8 December 1949. Since 1950 it has been providing relief, social services health and education as well as emergency humanitarian assistance.

It provides aid in 5 fields of operation– Syria, West Bank (including East Jerusalem), Jordan, Lebanon, and Gaza Strip. Aid for Palestinian refugees outside these 5 areas of operation is provided by UNHCR (United Nations High Commissioner for Refugees).

The meeting of Ad Hoc Committee, established by UN General Assembly is the primary forum for announcing financial support. At this year’s meet a total of 23 donors announced contributions, or their intention to contribute, to UNRWA’s 2019 budget.

Almost all of UNRWA’s resources come from voluntarily contributions, with a limited donor base of traditional donors.

Current Situation: Currently UNRWA is under difficult financial situation which has caused concern and has put to risk Agency’s core services to Palestine refugees, especially in fields of health, education and assistance to the most vulnerable refugees.