India pitches for declaring 2019 as International Year of Millets 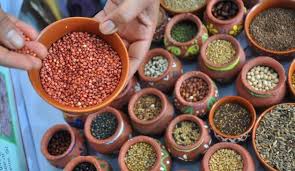 India (Union Ministry of Agriculture) has written to Food and Agriculture Organisation (FAO) of United Nations (UN) proposing declaration of year 2019 as “International Year of Millets”. It has requested inclusion of this proposal in agenda of 26th session of the Committee on Agriculture (COAG) meeting, scheduled to be held in October 2018 in Rome, Italy. Adoption of this proposal by FAO with support of its member nations will enable it to be moved to United Nations General Assembly (UNGA) for declaration of 2019 as International Year of Millets.”
Note: India is celebrating 2018 as National Year of Millets. It is promoting cultivation of millets as part of this celebration by amending cropping pattern of areas which are especially susceptible to climate change.

Millets are smart food and good for consumers, farmers and planet multiple and has untapped uses such as food, feed, biofuels and brewing. Observation of Year of Millets will help to promote production and consumption of millets. It will inturn contribute in fight against targeted hunger and mitigate effect of climate change in long run. Popularizing millets will also benefit future generations of farmers as well as consumers.

Millet is common term to categorize small-seeded grasses that are often termed nutri-cereals or dryland-cereals. It mainly includes sorghum, ragi, pearl millet, small millet, proso millet, foxtail millet, barnyard millet, kodo millet etc. They are adapted to harsh environment of semi-arid tropics. They require low or no purchased inputs, thus they are backbone for dry land agriculture.
Benefits of Millets
Nutritional Superiority: Millets are nutritionally superior to wheat and rice owing to their higher levels of protein with more balanced amino acid profile, crude fibre and minerals such as Iron, Zinc, and Phosphorous. It provides nutritional security and act as shield against nutritional deficiency, especially among children and women.
Health Benefits: Pellagra (niacin deficiency), Anaemia (iron deficiency), B-complex vitamin deficiency can be effectively tackled with intake of less expensive but nutritionally rich food grains like millets. It can also help tackle health challenges such as obesity, diabetes and lifestyle problems as they are gluten free and also have low glycemic index and are high in dietary fibre and antioxidants.
Income and livelihood Source: Millets are important staple cereal crop for millions of small holder dryland farmers. They offer nutrition, resilience, income and livelihood for farmers even in difficult times. They have multiple untapped uses such as food, feed, fodder, biofuels and brewing. Thus, millets are Smart Food as they are Good for the Farmer and Good for Planet.
Climate Change: Millets are photo-insensitive and resilient to climate change. They are hardy, resilient crops that have low carbon and water footprint. They can withstand high temperatures and grow on poor soils with little or no external inputs. In times of climate change they are often last crop standing and thus are good risk management strategy for resource-poor marginal farmers.