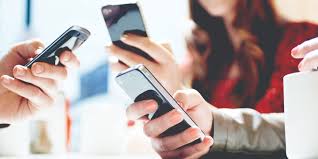 According to recent study released by LIRNEAsia, India has highest gender gap in mobile phone ownership amongst 18 comparable countries and ranks among the lowest in women’s access to Internet. LIRNEAsia is an information and communications technology (ICT) policy think tank that is involved in pro-poor, pro-market research in Asia-Pacific since 2005. The study also included comparative research done by ICT Africa in Africa and DIRSI in Latin America.

Ownership of mobile phones: Only 43% of women in India own mobile phones compared to almost 80% of Indian males mostly because of lack of awareness. This difference is almost half of all other countries in study including Pakistan, Bangladesh and Rwanda. There is substantial urban-rural divide in mobile phone ownership with 71% urban penetration and 55% in rural. India’s urban-rural gap is comparable to that in Nigeria.
Internet and social media usage: Women, rural citizens, and those with lower education or income significantly lag behind in internet and social media usage. The gender gap in internet usage is accentuated in rural regions at 52% as compared to 34% in urban areas. India’s 57% gender gap in Internet usage was surpassed only by Bangladesh and Rwanda. Its gender gap in social media usage was even higher with wider divides only in Bangladesh.
Information about internet: In India, 64% do not know about internet which is higher percentage than other countries except Pakistan and Bangladesh. 68% of this group was female and 68 % were from rural areas. India’s internet use was at 19% which is lower than that of Nigeria, Ghana, Kenya and Cambodia.
E-commerce: Awareness of platforms for e-commerce was higher in India compared to Pakistan and Bangladesh. In India, 27% mainly use social media, 16 % for entertainment and 15% for news. Higher percentage of women used social media for marketing and educational content, while men used social media to chat which is significantly more than women.
Political views on social media: Indian social media users share their political views at some of highest rates. More than half shared their religion, 26% share their sexual orientation, and 70% shared their mobile number or email address. Women shared information less than men in almost all categories except for political and sexual orientation.
Distrust of news: India also has high distrust of news shared on social media and only 29% trust social media news while more than half did not. India also saw higher online harassment than Pakistan, Bangladesh and Cambodia at 19% of users. Much of this was offensive name-calling and in 20% of such cases, it led to reduced use of particular website.