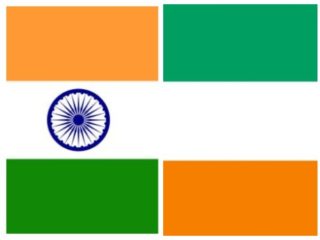 It is a dedicated Free Trade Zone (FTZ) for IT and Biotechnology.  It is being built with India’s assistance through EXIM Bank Line of Credit (LoC) of $20 million.

(1) Architectural concept and design for buildings of FTZ and construction of main building to host IT enterprises. 1st part of project was implemented by Shapoorji Pallonji, an Indian Conglomerate company.

It shows growing and shining example of cooperation between India and Cote d’Ivoire, energised by high-level of political commitment from both nations.  It is expected to bring direct benefit to Cote d’Ivoire’s people.

It will further consolidate cooperation and bilateral relations between India and Cote d’Ivoire, especially in context of technology transfer and sharing of development experience to build capacities of partner countries in Africa.

It is important milestone to mark 150th celebration of birth anniversary of Mahatma Gandhi. It also showcases India’s commitment to expediting projects under 100 days plan.

In July 2018, Prime Minister Narendra Modi made Africa a priority for India’s foreign policy while outlining 10 principles of India’s engagement with Africa in Kampala, Uganda.

Over the years, there has been a significant intensification of India’s engagement with Cote d’Ivoire with India extending six Lines of Credits (LoCs) aggregating to $207.70 million aimed at building infrastructure, improving Ivorian skills and create opportunities.