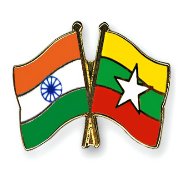 The first India-Myanmar Bilateral Military Exercise 2017 (IMBAX 2017) was held at Joint Warfare Centre at the Umroi Joint Training Node in Meghalaya.
It is first of its kind military training exercise between India and Myanmar on United Nations Peacekeeping Operations (UNPKO). It was conducted by Army’s RED HORNS DIVISION under aegis of GAJRAJ CORPS.

The six-day training exercise aimed at building and promoting closer relations with armies of the neighbouring countries. It also aims to train officers of Myanmar Army in various United Nations Peacekeeping roles and tasks. Its focus was on training the Myanmar army delegation on tactics, expertise, procedures and methodology required by contingent of member nations for serving in UNPKO. The exercise includes participation of 15 officers from Myanmar army and 16 officers from Indian army.

The Indo-Myanmar joint Army Exercise is positive step in bilateral relations between two neighbouring nations. Such exercises in future will not only enable mutual capacity enhancement, but will assist in building strong bonds of friendship and cooperation between India and Myanmar.