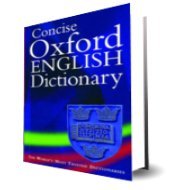 The Oxford English Dictionary (OED) has officially added word ‘Idiocracy’ in it. It is among 1,400 new words, senses, and phrases added to the latest update of OED. The OED has defined word as society consisting of or governed by people characterized as idiots or government formed of people considered stupid, ignorant, or idiotic.

OED undergoes revision four times every year. Apart from new words and phrases, new senses are added to existing words. OED records over 100 words derived ultimately from Greek suffix -cracy, meaning ‘power’ or ‘rule’. Words like democracy and aristocracy originated in ancient Greek, but by the 18th century, -ocracy was being added to English words as in statocracy and mobocracy. In the 19th century large number trickle of such formations with many of new words being terms of ridicule. The earlier terms foolocracy (1832) and idiotocracy (used by Ambrose Bierce in 1909) express a similar concept.